Think about it…
Being cut off from the world and its noise.

Being cut off from a billion, trillion, gajillion other things that, pieced together, comprise of normal human life. 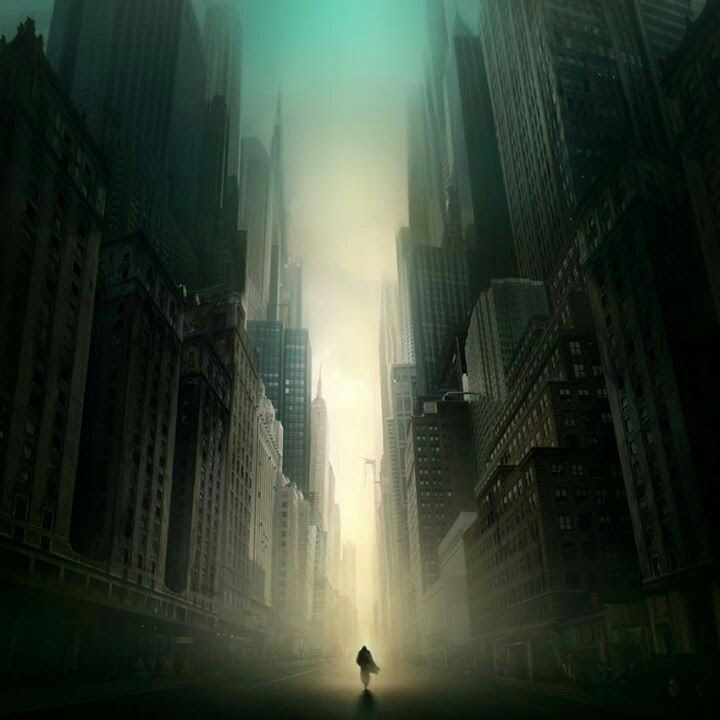 Being Lord and Master of your own little Universe with no one, NO ONE to question your motives, confuse you, hurt you, piss you off?
With no one to hug, cuddle, whisper, hold hands and look up to?
No one to make you doubt yourself, lower your self-worth, destroy your confidence?
With no one to fall back on with blind faith, give you sound advice, reinstate your faith in yourself?

No one. But the deep, dark silence weighing in on you as you go about daily life, brushing your teeth, lounging in your night clothes, working when you feel like until you push the laptop away and curl up with Jane Eyre.

Like living in a black hole, suspended somewhere in the time-space continuum until the Maker calls you back. (I realize that the last phrase kinda causes the volatile worlds of religion and science to collide(?), but eh.)

Would you do it? Out of choice?

What scares me is that it sounds almost… appealing. Almost.

P.S: I really don’t know what I’m trying to say here. Somethings are better off not analyzed?
P.P.S: Inspired by Gravity, the movie.

How did I get so lucky?

That was the constant whisper that kept clanging around in the vast expanse of my mind as I watched her nimble fingers work the Colossal Kajal stick. She then turned around to ask if the line was right, as she always does. And, as always, my breath caught at how much I saw in her expressive eyes.... I managed to choke out a coherent enough ‘yes’. And, as always, the perfectionist took my word for it, with implicit trust in my opinion, and put her makeup away. 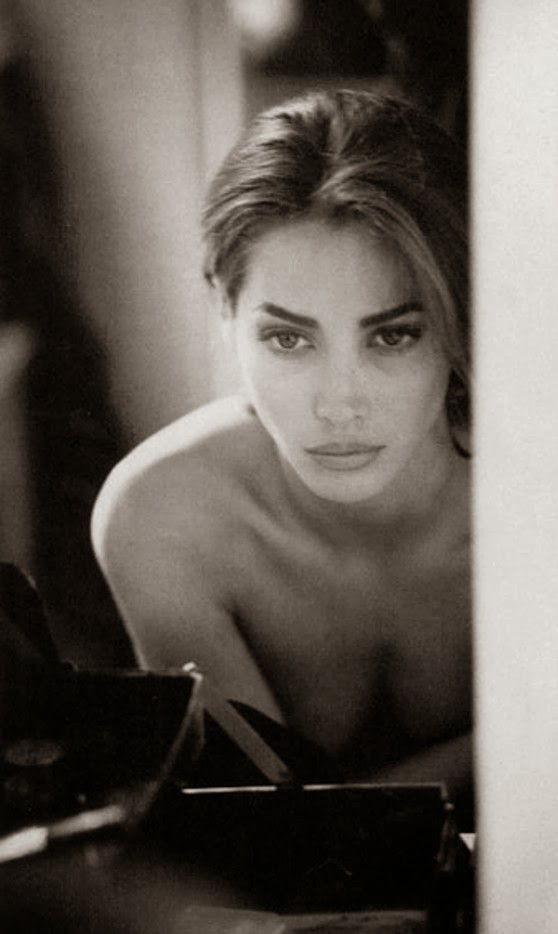 I wonder what I’d done to deserve such trust from this one, a woman who had trained herself not to trust the world.

She whipped around the room in the flurry that she’s always in when she is getting ready as I sat back, I’m used to this routine. Her hair, blown around by the fan’s cool air, framed that face that has been making me stop in my tracks for a while now as she puckered up her lips and dabbed on something chocolatey. Yet again she turned around and tilted her head at me, questioningly. My gaze lingered on her lips for a second too long; maybe my eyes darkened a shade, giving away my less-than-decent thoughts for a faint red stained her pale cheeks and she said ‘mch’, turning away with that slight smile.

She pulled on her top, straightened the straps and turned a critical eye towards the mirror. Sighs of dissatisfaction emanated from pouty lips as nostrils flared and she pulled it off before rummaging in the wardrobe for another one. The next one stayed on for a nanosecond longer than the last one and it wasn’t long before a third one joined a growing pile on the carpet.

I stood up, picked up one of the delicate pieces and handed it back to her - you are perfect. She ‘hmph’-ed again in dissatisfaction - you’re only saying that coz you want to leave soon.

It was my turn to let out a sigh... we’d fallen into this routine and she never believed one of the most truthful statements that have ever come out of my mouth.

And as always, I wished she could see herself the way I do.

The men in our life, the ones who are here to stay, think we are perfect.
It is high time we do too. 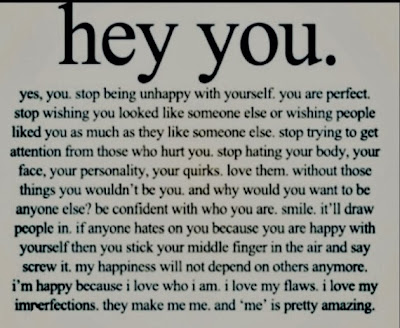 P.S: I'm just preaching here. Gotta long way to go before I get there myself.