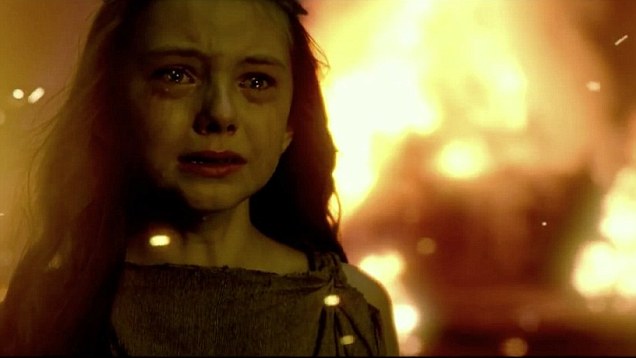 Her heart-rending cries were drowned out by the crackling fire and the raucous, inhuman shouts of the men. Tears spilled from her large, brown eyes – even the long lashes could not hold the barrage of pain that coursed through her young body. Her braids had come undone and the flyaways framed her soot-streaked face in the most angelic way possible – but this angel was far from heaven, the depths of hell were pulling her down into their lecherous arms.

The men held her strong father down – it took five of them to prevent him from punching their lights out. And they forced him to watch, watch as one of them flung her mother down on her face in the mud, ripped out the white gown and fucked her to feed his dastardly need. She was the queen he worshipped the feet of, she was his better half, his inspiration to live, she was his and this is what they did to what was his. Her mother sobbed out loud and long – she was a woman, pain wasn’t her concern; it was this public taking of what belonged to her husband, the love of her life that hurt her soul. She was not too weak to withstand the bastard’s animalistic actions but too weak to look into the eyes of her lord and see his rage and disappointment in having failed her.

And then the animal was done with her mother, so the next one took his place and then the next and then the next. Her mother sobbed for mercy, her body was being violated and her soul breaking into smithereens of excruciating pain – she finally reached the precipice where she knew that death was her only salvation and sent up a prayer for the darkness to engulf her. Her father let out a bellow of rage, the roar of a wounded lion that resounded from every corner of the burning village. A bellow that struck fear in the hearts of the men, making them react like only cowards can – three more held him down and laughed on his face to hide their jitters; the cowards drew strength in their numbers.

They stood them both up and cut their heads off with a single swipe of their heinous blades.

She looked at the blood flowing freely out of what remained of the people she loved so much more than life, the pain in their hearts pierced hers like a billion blades.

It was but a few hours before that her beautiful mother braided her lovely brunette locks with red ribbons and her father swung her up into the air with his strong arms as she erupted with giggles and now…. And now her life had changed forever.

And that was the beginning of the epic that is Artemisia. 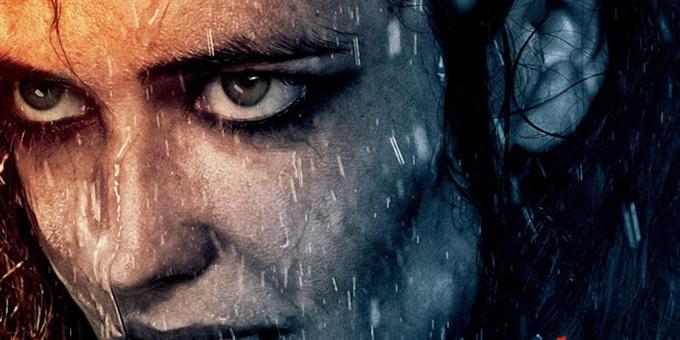 P.S: What can I say, she joins my list of inspirational women.
P.P.S: In case you can't didn't realize, the entire thing is a scene out of 300: The Rise Of An Empire. Average movie, exemplary villain.
By CookieCrumbsInc.