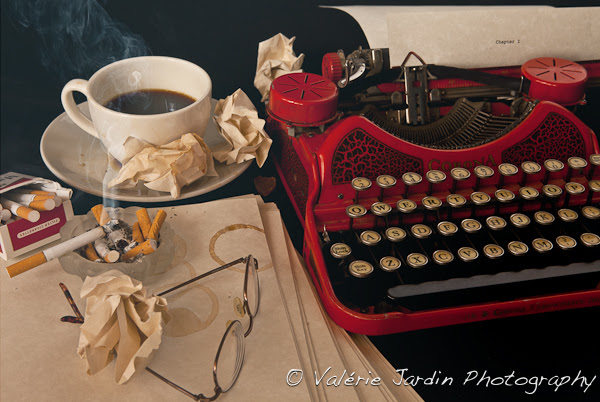 And then again deleted it.

She pulled out her Tumblr and browsed around for inspiration. It mostly never failed; a word here, a phrase there, a good little flatlay…. that was enough to get elaborate scenarios to break into a cha-cha in her imagination.

Fine, be that way, I’m off to OneWord, then. The word of the day was “dying”. Macabre. I can do that.

But she ended up sitting there and staring at the writing box until the timer went off loudly, cutting off her access to it.

They were holding a hartal.

Words were swirling around in her head, plenty of them, but they dissolved into wisps of nothingness just before her fingers could close around them. Threads of storylines snapped as soon as the mist of her breath touched them. And all the characters were misshapen, walking around wonky, completely drunk on her exasperation.

P.S: This is me. Today. Thank you, Janie, for still making me write :)