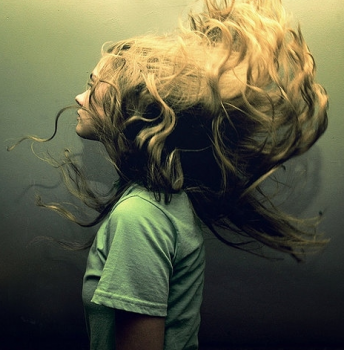 She was angry beyond words - how difficult was it to admit to one’s own mistakes, apologize, and get past the negativity to go on with life? When the reaction to rightful questioning is self-righteous anger or futile argument, the problem hangs in the air like the unsavory smell of kitchen waste in the garbage. It festers too, weakening the fabric of already-fragile relationships like harsh soap that was manufactured with the sole intent of filling coffers.

She left. And arrived at her happy place. She let the cool wind whip her hair into a little storm on her face while she rested her hands on the parapet and stared out at nothing. The graveyard caught her eye. Hmm… simple solutions. Not the first time such escapist thoughts have reared their ugly head in her always-in-a-ruckus mind. She shook them off as best as she could.

She exhaled, a giant whoosh of air left her heart and somehow, the load lightened a bit. We forget to breathe when we are angry, she realized. Counting numbers never worked for her, so she decided to count the autos that passed by the little strip of road she could see, I’ll go back when I’ve counted a hundred of them, she thought.

1, 2, 3…. Until 7 took such a long, long time! But 8 through 21 were relatively quicker… and so it went on, till she saw a hundred tuk-tuks pass her by carrying a multitude of people going about their business and figuring their shit out, trying to navigate in this mire of a life everyone was handed.

100. Time to go back. Time to continue trying to figure out a path through the mire.
By CookieCrumbsInc.