You know one of those memories from your childhood that aren’t really special, so to speak, but will always stay with you? Allow me to share one of those.
I was maybe 12? 13? I remember wearing my favorite ‘home’ skirt and tattered tee that Mum never really liked and standing by the slab in the kitchen as Grandma fired up the gas stove and set the girdle on it.
There is this thing at home, whenever the older ladies of the family are doing housework, it is the duty of the girls in the house to offer to help them. I remember hating this rule growing up for it meant me having to offer to do odd jobs in the kitchen like bring chillies from the fridge, wash the parsley and coriander and peel onions, when I could very well be snuggled up with chocolate fudge and Harry Potter.
Anyway, there I was standing in the hot kitchen with nothing much to do but unable to go back to my room when Grandma started telling me the recipe to make what she was making. She added water to rice flour, put some stuff in it that made the dough smell heavenly (zeera, coconut and salt, basically). The girdle was hot and ready by then, she ladled a bit of oil and started patting down a ball of dough onto it – all the while giving me instructions on how many ways there are to mess it up and how not to. I remember thinking the edges were broken and when I would make them, they would have perfectly rounded edges.
While about twenty of them were being cooked - Grandma kept up a constant chatter about how it was a Malappuramdish and how she had seen her grandma make it on a choolha when she was a kid and all that. Then she proceeded to whip up a liquid out of seemingly innocent coconut milk with crunchy brown onions floating in it and whatnot.
Then she set me down a plate on the kitchen table and had me ‘taste’ it (this was an advantage of/reward for sticking around in the kitchen, I get to sample everything in large quantities). I have to say, by all the Gods of the realm, I have never had better orotti and patthiri. Or any kind of food for that matter.
She has never made it after that. I have never known what to ask for, if at all it is available in hotels. But that memory and the taste of those pancakes (for lack of a better word) remain with me, vivid and colorful, complete with how it tasted, till date. 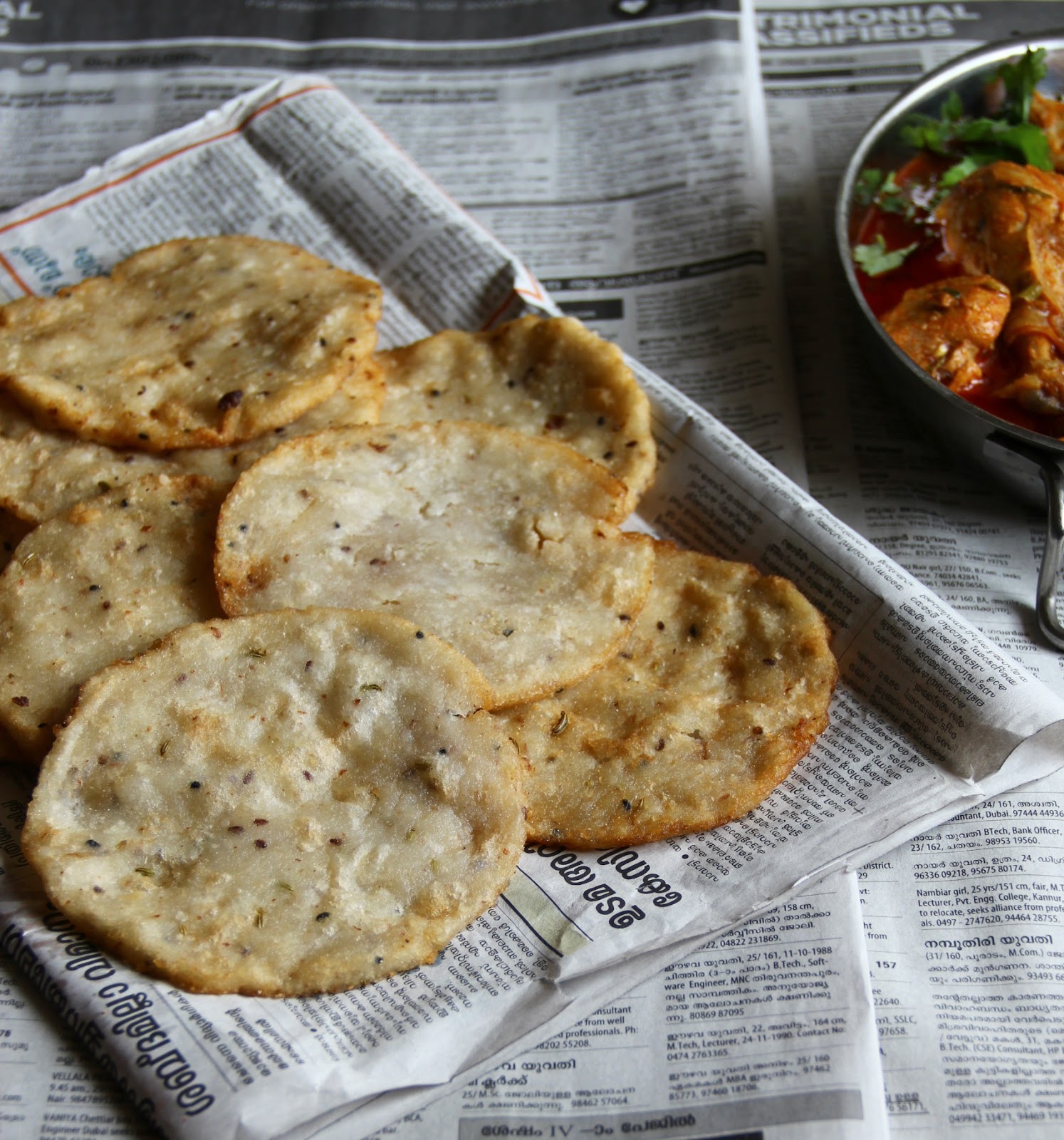