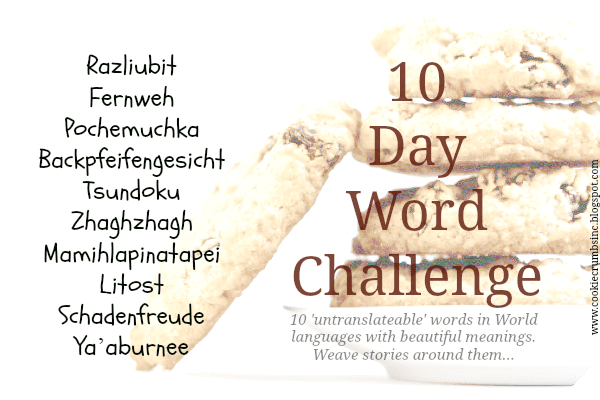 It was the roaring ‘80s.
She was young, he was handsome.
A match made in heaven, they said, considering their jadagams* matched like no other matches had.
Then they had to meet. “See” the girl. The all-important pennu kaanal**.

All the naivete of college life still clouded her senses as they trussed her up in Tussar silk and braided jasmine flowers into her thick black tresses. They told her that he was to be her Knight in Shining Armor and that she had to impress him suitably. She made seven cups of tea and poured it out into seven cups of bone china with seven matching bone china saucers.

Her unsteady hand made the saucers clatter against the matching serving tray that had been purchased the previous night to ensure that they had a matched set. Her brother took a peek through the curtain, after steadying her hand to make the saucers stop clattering, and turned to wiggle his eyebrows with brazen innuendo that came naturally at his half-baked age.

The saucers clattered some more.

She heard her father expound on her abilities to sing koels into oblivion and clean mirrors into eternal spotlessness. She made a small exasperated noise wishing he would mention the debate she had won in college and her ability to ride a scooter. Her mother finally came through the curtain, pulling it aside to allow her to walk into the room.

Each bone china cup with steaming masala chai and a dash of ginger was set down in front of the drinker. The to-be-mother-in-law, the to-be-father-in-law, the to-be-uncle-in-law, and the to-be-brother-in-law. Disappointment colored her features that the to-be-Knight-in-Shining-Armor hadn’t come. But wait, what did her brother waggle his eyebrows for then? That's when she spotted him outside the house, with a brand new cellular phone, talking animatedly into the mouthpiece.

With a start she recognized the cut of the jawline that she’d spent her college days dreaming about, the angular shoulders that bunched with slight, yet defined muscles, the pseudo-dimple on one cheek that was rarely bestowed on the juniors - he had walked same class corridors as her for three years before passing out and taking her daydreaming crush with him to a big MNC in the US.

The antenna of the cellular phone was stashed on the side and was put away. He turned to see her framed just inside the doorway, looking away from him, at his parents, mouth slightly open and eyebrows hooked in, like she was trying to understand what they were talking about.

Ah, he’s back. I think we should let them talk to each other privately, sambandhi***.

She turned to look at him and saw him staring right at her. One full minute they looked at each other from 30 yards away, three years of crushing on a senior and four years of being in love with a junior culminating in that one look. Then she looked away, the tenets of bridal behaviour demanding her to.


Mamihlapinatapei (Yagan)
the wordless, yet meaningful look shared by two people who both desire to initiate something but are both reluctant to start

P.S: Something very beautiful about retro love stories that culminated in accidentally arranged marriages :)
By CookieCrumbsInc.