What a start to my UBC attempt. Edited to add: Linking to Monday Musings

I have never written about my beliefs, religious, social, or anything else, before on my blog. I have pretty strong opinions, ones that might offend certain readers’ sensibilities and while I really could give two hoots about those who take personal offense at things said on social media, I do care about not having long drawn-out arguments with people who aren’t capable of logical thought.

That said, here begins the rant of the century arising from feelings of disappointment and disillusionment on multiple counts, the reasons for which will be apparent to you shortly. 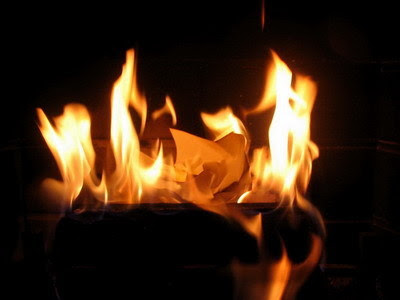 Legalization of same sex marriages by the US

By the time the news reached India, we had four sets of people:

1)  Supporters: This set includes people from both LGBTQ and straight communities who understand what a big deal this step is, what it means to the LGBTQ communities across the world and India, specifically, and why the ruling is part of securing equal rights for all HUMAN beings. They may or may not choose to apply the rainbow filter to their profile pictures.
[Author’s note: If you want to know how I feel about the whole thing, you should
read this.]

2) Opposers: Doing what they do best. Ranging from your average garden variety religious nut to homophobes who think it is actually their right to be proud about being straight (in my book, this is as ridiculous as taking pride in having underarm hair. Or booger).

3) Criticizers: Your average ‘intellectual’ who calls the supporters “sheeples” (sheep+people, in case you didn’t work that out) for following trends blindly, point out that this is India and nothing has really changed here, take pride in ‘educating’ the supporters on how stupid they are, and generally rant against how ineffectual the filter is, how stupid those who use it are, how nothing makes a difference and how we should all just go back to our pathetic little lives, watch Game of Thrones, eat McBurgers and die insignificant deaths because, hello, what difference has activism or show of solidarity made in anybody’s lives?

4) OoohColors!!: You know them, these are the ones who saw everyone change their profile pictures, liked how it looked, and changed it themselves. Then hurriedly changed it back when they worked out (finally!) what the change in colors stood for before their daddus or chachus saw them

The more I write on this topic, the less coherent I become and unparliamentary language threatens to burst forth onto the page. I have no problems cussing anyone out, anywhere, on any platform when they deserve it. But then, this is a topic very close to my heart and I do NOT want to besmirch the cause by being like every other person out there with half a brain and an unshakeable faith in their own opinion.

I hadn’t gotten over the trauma of people citing that God has had the time and energy to dispense off justice to other people’s sleeping partner choices, when this controversy came along. A long time ago (what seems like), I wrote about not being sure what being Modified is going to be like. Well into the PM’s tenure, I’m still not sure. I only know that the creeps in the woodwork have crawled out to make statements like these.

I do not appreciate that this lady called a sitting PM, a lame duck. Not that there is any love lost between me and the PM, but respecting the position we bestowed upon him is important. As for her allegations, I’m yet to follow up on the full stalking story, but I trust the woman’s judgement. No one in their right minds would make such a statement so publicly baselessly.

What disgusted me is the vitriol that was poured out against her. My sweet Lord, the reactions! Regardless of what she said, is it right to say things like this, this, this, this, this and this to? I specifically want you to look at this by "GenNextIndian. The language!! The accusations!! The things I read on her Twitter timeline make me cringe, make me ashamed to be a part of this nation, this gender. Makes me ashamed to breathe the same air as these depraved (by far stretch of imagination) human beings. Are these the same creatures who stand by me while I’m singing my National Anthem and saluting my flag?

Nothing recent. We seem to have fallen into the habit of watching a couple of audition webisodes of different Roadies seasons before leaving for work every morning. I have never watched the actual show. I’m getting addicted to the auditions for two reasons

a) Just the amount of people study you can do in one single episode. Ah, the psychology enthusiast in me thrives on them
b) Raghu, Rajiv, Rannvijay and sometimes, Nikhil Chinnappa have become my new favorite boys. I hated the first two for the amount of what seemed like unnecessary yelling they do on the show. But much to my delight I have discovered what gentlemen all of them are, in real life (at least what I know of it). Not only are they straightforward, they also have their hearts in the right places where most deep-rooted societal issues are concerned

So the point is, here I am watching this webisode, an extremely proud Jatni sits her ‘suit’-(salwar kameez)-clad behind in the chair in front of the three men. After some back and forth, she says in as many words, that it is the girl’s fault if she gets raped. And it’s not the boy’s fault if he gets raped. It was all I could do to not tear my hair out and scream and jump around throwing a hissy fit. I knew women are women’s biggest enemies, that’s the way we choose to behave. But really? There are women like this out there who blame the victim after their body has been abused in the most physically demeaning possible way by crude, depraved beings who haven’t been raised to become human?

All this without even getting started on religion.

I’m so tired of ranting to people, so tired of seeking answers, reasons as to why what  is supposed to be the most intelligent of species chooses to behave in manners worse than the worst of animals. So tired of being part of this race.

I don’t see any hope for us. No hope for a better future.
So I shall pray. Pray for a cataclysmic event that is going to wipe the human race off the face of Earth.

At the risk of not having lived my life, not getting to be with the ones I love, not having a future with my family, not being able to see my siblings grow up and be big successful people, I pray that we, as a race, become extinct so that all these devastatingly horrible happenings come to a grinding halt.